Talking to a legal recruitment consultant recently (and no, before you ask I’m not looking to return to lawyering!) he mentioned that while there are undoubtedly a high number of candidates on the market at the moment, they are not always what the recruiting firms are looking for. The sharper firms have opted to retain their top talent and protect their investment in the best people. 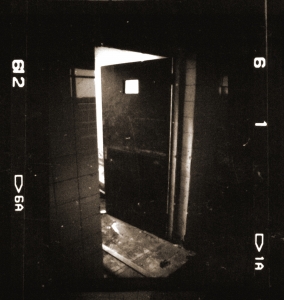 This got me thinking about why people do choose to leave firms, and why when they do, so many law firms manage departures very badly (particularly when they have a large chunk of the office is occupied by specialist employment lawyers!).

One of the really interesting projects I did as part of my MBA was to look at attrition in a specific part of a multi-national business. The senior management team had identified attrition as a problem and wanted to understand it and fix it. I started with a mixture of primary research (talking to staff, line managers, senior managers, the HR team etc) and secondary research (reading exit interview forms, looking at internal data and industry stats and then ploughing through published literature on the subject).

There were two things that I really took away from the project. The first was that despite management perception, while staff attrition had definitely increased within the part of the company I was examining, it wasn’t particularly high when compared to the industry at large. Given the internal focus on many firms, this highlights the benefit of challenging internal perceptions, particularly on sensitive issues when partners may want to keep a discussion within a closed group.

By comparison I also found some parts of the business where attrition was so low, that itself was a problem. Typified by a number of long term employees (“lifers”), this team lacked new blood and the ideas and enthusiasm that new joiners can bring. Characterised by a resistance to change and the management challenges that come with that attitude, while it wasn’t the subject of my investigation, it was clear that this was actually a larger problem for the organisation than managing attrition in the other part of the business.

How many law firms or in-house legal teams might this be true of? For example, while it might be the high turnover corporate team that get the attention of management, and the support of the HR teams, could it be “steady Eddie” in the property team, with his or her long term band of supporters, who resists change and frustrates management initiatives, who actually is more problematic.

The second interesting conclusion I drew from the project was that the root of the attrition in this case actually lay in the company’s recruitment practices. The company was typically recruiting at short notice to meet pressing, short-term capacity problems. As a result, it was short-cutting the standard competency-based recruitment processes and getting candidates that were not well matched for the company’s long-term needs. It seemed counter-intuitive to me for recruitment to be causing attrition problems, but the evidence was pretty conclusive.

Now in my experience law firms but quite a bit of time and effort into recruitment, but this is often focussed on getting the right fit for the current need. I wonder how many associates subsequently move on because it becomes apparent that their medium term prospects are compromised for some reason (team structure or partnership prospects for example) that could have been foreseen and addressed at the point of recruitment. Creating different career paths within law firms is a subject that has got considerable attention within the last five years or so, but firstly I’m not sure how transparent these schemes really are to existing assistants, let alone to potential recruits.

I don’t have any magic solutions in this area, but  wanted to stimulate thinking about the link between people joining and leaving.

Finally, before I depart, a quick word on law firm departures. One of the things that struck me about the different between life inhouse and life in a law firm is how many more acrimonious departures there seem to be in law firms. Perhaps some of it is tied up with the consensual and to some degree more personal nature of partnerships as a business structure. Maybe some of it is that lawyers in practice invariably move to a competitor. Possibly some of it could be put down to the competitive (combative?) nature of many lawyers.

But really, is it in anyone’s interest to part on bad terms? Both parties have a reputation in the marketplace and will likely cross paths again in the future. Time and time again organisations like the big four accountancy practices and the top tier management consultancies show the value in their alumni network. Would this be possible if a huge percentage of leavers left under a cloud?

While corporate departures may not be a bed of roses, I’ve certainly seen much less animosity, and also much better communication (both internally and externally) than with some law firms. I remember one conversation when I was in-house counsel, when a partner I’d never met before called to tell me that one of the key lawyers I instructed had left the firm, and that he had covenants in his contract that meant he would not be able to act for me for the next six months, but of course that the current firm would be happy to help me out if I needed assistance. Needless to say I didn’t use them again…..

So if good people are leaving, my suggestions are firstly to take the time to find out why they are going (by which I mean have a REAl conversation with them, don’t just read the notes of their exit interview) and try and manage their departure sensibly. On the other hand if nobody is leaving, perhaps you should ask yourself if this is causing any hidden problems.

2 thoughts on “When good people leave”